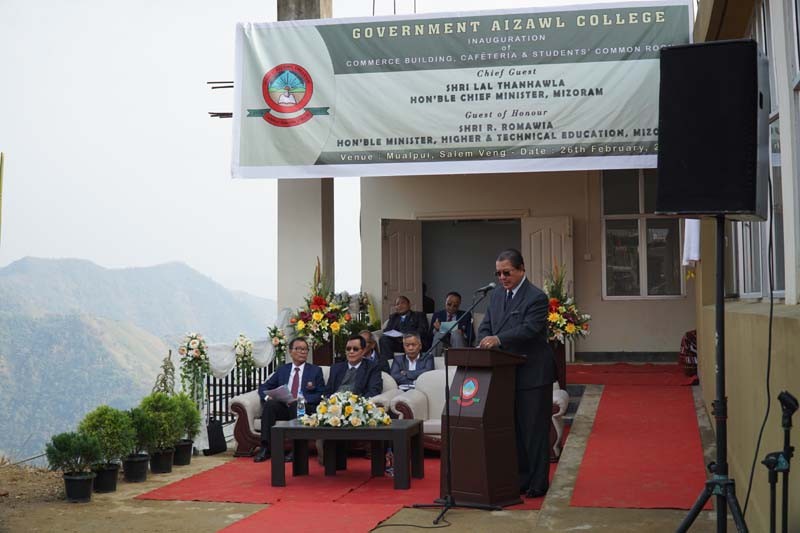 The inaugural function was chaired by the Principal, Mr. Lalrinawma. It was attended by several luminaries including ZOHANDCO Chairman, Mualpui Salem Veng VC members, former Principals and faculty members, alumni, as well as present faculty, staff and students. The Chief Guest, the Honourable Chief Minister,addressed the meeting where he exhorted the students to have clear-cut ambitions and work towards that ambition through their studies. He stressed that it was their responsibility to uplift and restore the glory of Mizo culture and ethics, as well as the Mizo language. The Guest of Honour also addressed the gathering. 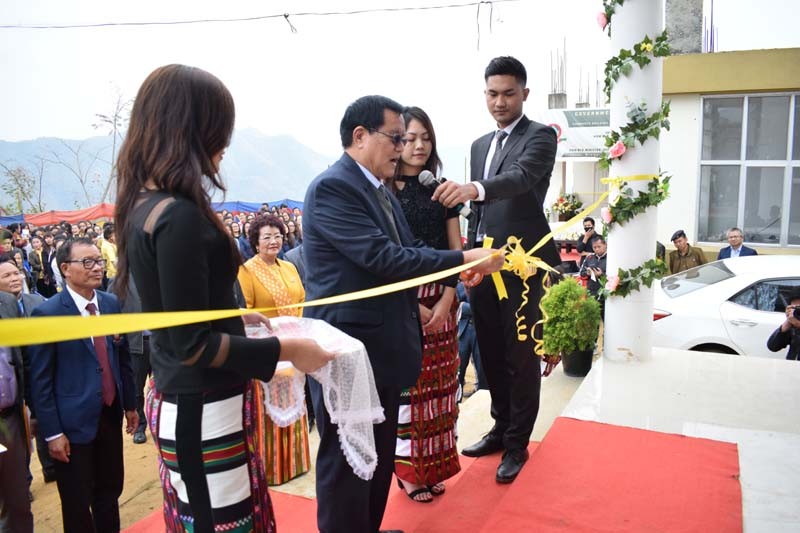 The PWD Chief Engineer (Building) Mr. Lalmuankima Henry gave a report regarding the construction of the Commerce block, detailing that it was built with funds of Rs 300,00,000/- from the Special Plan Assistance. It measures 1049 sq. metres and currently has three floors which can be extended by one more floor. It has 6 classrooms, a staff room, library, office, storeroom, as well as other amenities. Mr. Thanglura, ASPD RUSA, gave a report on the cafeteria and students' common room which were constructed with RUSA funds of Rs 70,00,000/-. The building has two floors and measures 547 square feet. The canteen can accommodate 70 persons at a time, while the Common Room, along with an SU office, can hold 40 to 50 persons. The Vice-Principal, Mr. H. Rosema gave a vote of thanks, bringing an end to the formalities.